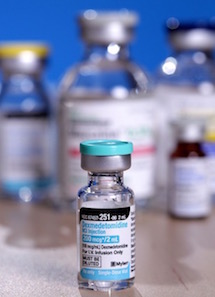 For many years, the sight of a screaming, crying child emerging from anesthesia was the hallmark of a successful anesthetic. A cranky child exhibited signs of a clear airway and adequate circulation, leading to discharge from the post anesthesia care unit.

Pediatric post-surgical pain had been classically under appreciated and thus undertreated. Over time, however, the attitudes toward pediatric pain have evolved along with the specialty of pediatric anesthesia as a whole. We now know that being in pain can be emotionally traumatic for a child, leading to behavioral and developmental setbacks later on in life.

Now we are seeing that even our choice of anesthetic has the potential to impact a child long after the surgical encounter. In order to make hospitals more hospitable for a child and parent, we must give the assurance of safe anesthesia practice in addition to adequate pain control.

Anesthesiologists are continually using research to improve the safety, quality and efficacy of anesthetics. In recent years, the drug dexmedetomidine has come to the forefront of pediatric anesthesia. In U.S. hospitals, the use of dexmedetomidine in the pediatric setting has doubled between 2010 and 2015[i].

Not only is dexmedetomidine an effective anesthetic and analgesic, but it is also an answer to problems found in pediatric anesthesia: 1) the need for an ‘opioid sparing’ or ‘multimodal technique’, and 2) the concern about the toxicity of common anesthetics, which may impair the brain development of babies and young children. In fact, recent animal model data suggest that dexmedetomidine can actually protect the developing brain from the neurotoxicity of other anesthetics.

Dexmedetomidine (now off patent from trade name Precedex) is an alpha 2 receptor agonist. It has sedative as well as analgesic properties and was approved for use by the U.S. Food and Drug Administration (FDA) in December 1999.

Although it is heavily used in practice, it still is not specifically approved for pediatric use. While the drug has some disadvantages, there are many desirable properties.

Of commonly used anesthetics, dexmedetomidine induces sedation that more closely resembles physiological sleep in terms of EEG[ii]. It has been shown to be effective in reducing emergence delirium, an issue that is seen especially in the pediatric population[iii]. It also has been shown to reduce acute post-surgical pain and opioid use. Most importantly, it does all these things without reducing respiratory drive.

The disadvantages of dexmedetomidine include transient hypertension, hypotension and bradycardia.

Dexmedetomidine can be used as an infusion or as a bolus dose intraoperatively. An infusion is given at a dose of 0.2mcg/kg/hr to 0.7/mcg/kg/hr.

A recent meta-analysis of the efficacy of intraoperative dexmedetomidine found that the optimal bolus dose was ~0.5 mcg/kg[iv]. The endpoints of the analysis of optimal dosing were primarily the post-operative opioid consumption and post op pain intensity.

Some clinicians may choose to pretreat patients to address the possible side effects of hypotention and bradycardia. In my practice, dexmedetomidine is especially useful in patients with obstructive sleep apnea who are very sensitive to opioids. I have also found that one has to be careful with dosage, timing and addition of other analgesics when using dexmedetomidine to avoid over-sedation in the PACU.

So, why not just stick with opioids? For years, opioids have been a mainstay of anesthesia and pain control because of their safety and efficacy. However, concern over the role of opioids in addiction/dependence has led to bad press.

In addition, opioids have many negative side effects. Effects such as respiratory depression can be even more prevalent in newborns given the immaturity of their hepatic and renal metabolism and consequent accumulation of drugs. Prolonged use of opioids for children who undergo several procedures (e.g. burns) can cause hyperalgesia. In other words, opioids can cause patients to become even more sensitive to pain.

Opioids continue to be the tried-and-true option for surgical pain control, but adjunctive medications are a good idea to diminish some of the undesirable side effects.

An area of intense interest in pediatric anesthesia is the effect of anesthetics on a child’s developing brain. Several anesthetics, such as sevoflurane, nitrous oxide, ketamine, propofol and benzodiazepines, have all been implicated in neurodegenerative changes in developing animal brains[v][vi][vii]. Whether or not these results can be translated to long-term cognitive impairment in humans is currently being studied.

This brings special attention to a drug like dexmedetomidine, which has not shown these neurodegenerative changes in animal brains when used at low clinical doses. In fact, animal studies have shown the diminution of neuronal cell death when dexmedetomidine was used concurrently with anesthetic gases, ketamine or propofol, thus making it neuroprotective.

SmartTots, a collaborative effort by the FDA and the International Anesthesia Research Society (IARS), coordinates and funds research in this area[viii]. One of the currently ongoing SmartTot studies, Toxicity of Remifentanil and Dexmedetomidine (T-Rex), aims to look at dexmedetomidine and the opioid remifentanil as a potentially neuroprotective anesthetic regimen that can be used as alternative to inhalational anesthetics during long procedures[ix]. Of course, in a prospective clinical trial, the neuropsychological assessment of children exposed to dexmedetomidine will take years to complete.

There are several barriers to the study of pediatric medications, which is why about 50 percent of drugs used in children are ‘off-label’. Further study is definitely needed on the use of dexmedetomidine in children. So far, dexmedetomidine is recognized as a safe and effective sedative and analgesic. The studies done on its neuroprotective qualities thus far are quite promising. Depending on the clinical scenario, dexmedetomidine is worth adding to our anesthetic/analgesic arsenal.